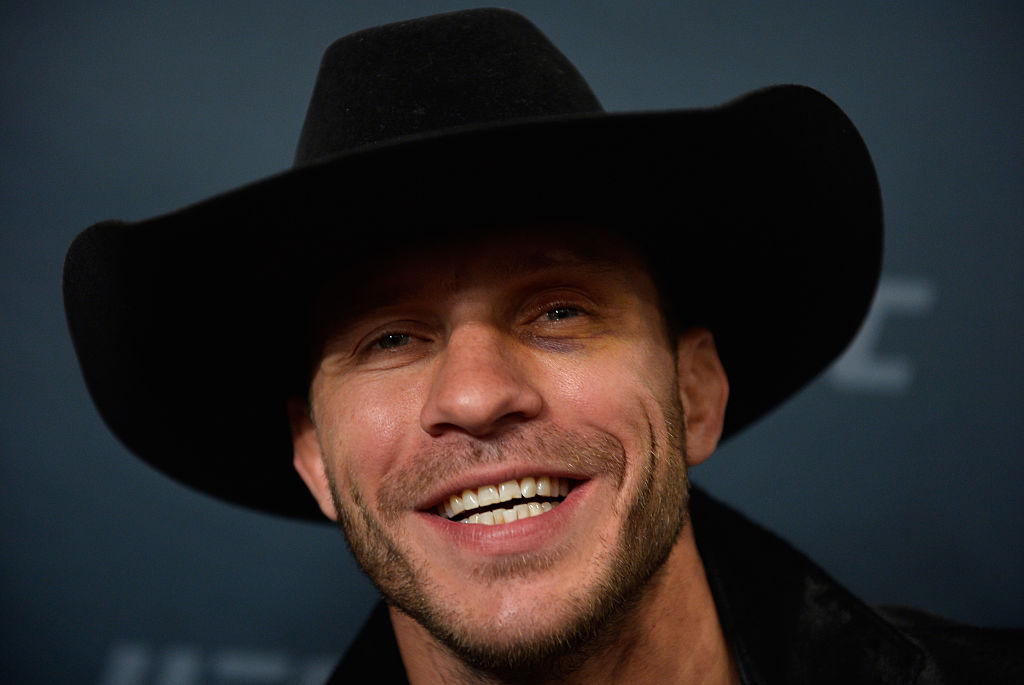 After a pair of false starts, Donald Cerrone and Robbie Lawler will finally step into the Octagon together this weekend at UFC 214 in Anaheim, California.

The clash of veteran gunslingers was first floated as a potential addition to last year’s gala event at Madison Square Garden in New York City and immediately had the fight community salivating at the thought of seeing the two all-action fighters slinging leather at UFC 205, but it wasn’t meant to be.

In early April, it was announced that the duo would meet at UFC 213 in Las Vegas and once again, the MMA community started drooling at the violent potential a meeting between the former welterweight champion Lawler and the most consistently entertaining fighter on the UFC roster carried. But a little over a week prior to the kickoff of International Fight Week, Cerrone was forced to withdraw from the contest.

And if a guy who loves fighting as much as “Cowboy” had to postpone a chance to punch someone in the face and cash a paycheck, everyone knew it had to be something serious.

“I actually got MRSA,” said Cerrone, healthy and ready to finally lock horns with Lawler on Saturday night.

A type of staph bacteria that has become resistant to the traditional antibiotics used to treat a run of the mill staph infection, the infection is spread through skin-to-skin contact and usually starts out as a painful boil. When diagnosed early, a course of antibiotics or others medications to treat the infection usually do the trick.

“I didn’t pay it any mind, I didn’t know what it was and then all of a sudden it was in my blood,” explained Cerrone, who posted a photo to his Instagram account making it clear that he wasn’t injured, but instead dealing with a blood infection shortly after the bout was officially bumped from the July 8 fight card at T-Mobile Arena.

Four weeks later and only a handful of hours away from returning to the cage after the second-longest layoff of his UFC career – a whopping five months, which is like an eternity to the always busy contender – Cerrone is chomping at the bit and more animated and openly excited about this meeting with Lawler than he’s been about just about any other fight he’s had over the last five years.

Given that “Cowboy” has never particularly cared whether he was fighting the biggest name in the sport or a UFC newcomer, the fact that even he’s fired up about this opportunity should tell you all you need to know about why everyone has been counting down the days until the fuse on this powder keg can finally be lit.

“I love it, man. I love it,” he said of the pairing with Lawler, who is returning to action for the first time since losing the welterweight title to Tyron Woodley a year ago. “To me, this is the fighter’s fight.

In the four-plus years since Lawler returned to the UFC, the duo have fought a combined 26 times, posting 21 victories and 13 finishes between them. During his reign as welterweight champion, Lawler posted back-to-back victories in instant classics against Rory MacDonald and Carlos Condit, while Cerrone has picked up seven bonuses, including one in each of his first three appearances in the 170-pound ranks.

Now, after thrilling fans individually throughout their entire careers and leaving everyone crestfallen when the bout has previously fallen through, the perennially exciting pair will finally stand across from each other inside the Octagon on Saturday night.

And just like everyone else, Cerrone believes it’s going to be something special.

“This is definitely a fight that is going to be talked about for ages, so I’m excited to be a part of it.”